Our favourite restaurants in El Raval

Barcelona’s El Raval neighbourhood is the rough diamond in Barcelona’s crown. Filled with graffiti (some of it by famous artists such as Keith Haring), it attracts skateboarders from across Europe who gather to worship outside the city’s modern art museum, MACBA. Originally known as Barrio Chino, El Raval has kept its multicultural vibe which makes it one of the most interesting places in the city to eat and drink. Recently the area has been going through gentrification but the beating heart of El Raval is still ethnic diversity and cutting-edge design.

Art deco bars like La Confitería transport you back in time to an era of decadence with a hint of subversion. The same holds true today, where a clash of the old and new co-exist. Rub shoulders with the locals in a cosy hole-in-the-wall bar and see some of Barcelona’s finest chefs at work in award-winning restaurants in El Raval. Flax and Kale offer up some of Barcelona’s best vegetarian and vegan food whilst Dos Palillos is a Michelin star awarded restaurant. DestinationBCN guides you through the very best restaurants and tapas bars in El Raval.

Exciting tapas in an authentic atmosphere in the heart of Raval. We love the Honey-glazed aubergine shaving and the Stewed bull’s tail is equally tasty! This intimate place gets busy so be prepared to get up and close to others. They don’t take reservations so your best bet of getting a table is to head there early, around 8pm when you can usually get a seat. 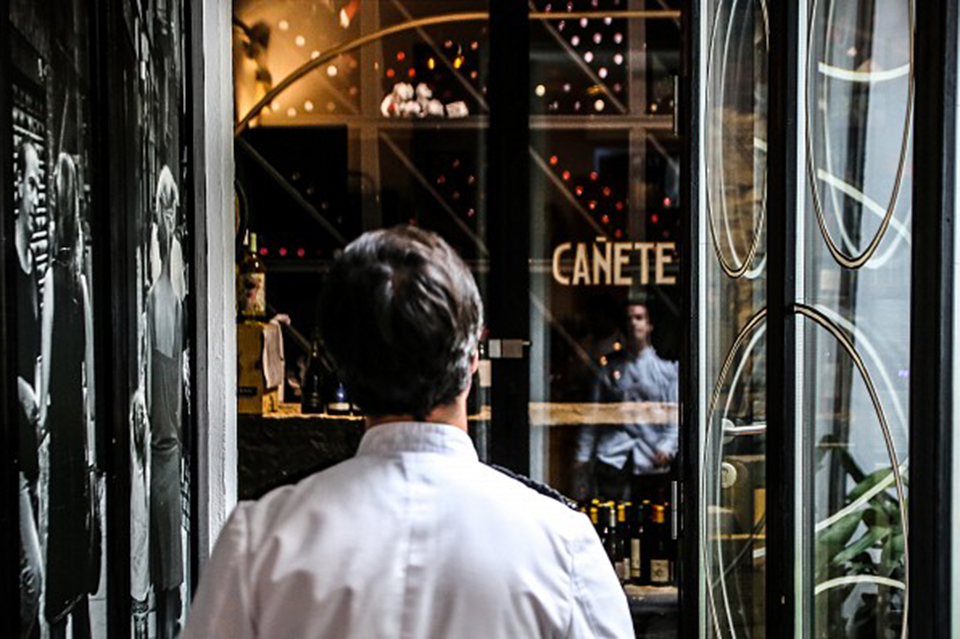 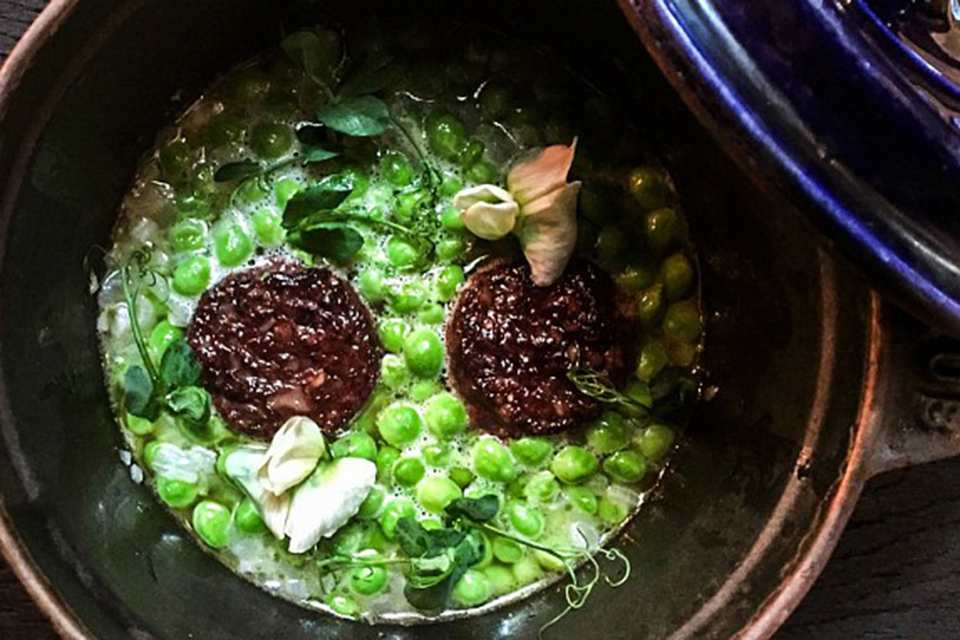 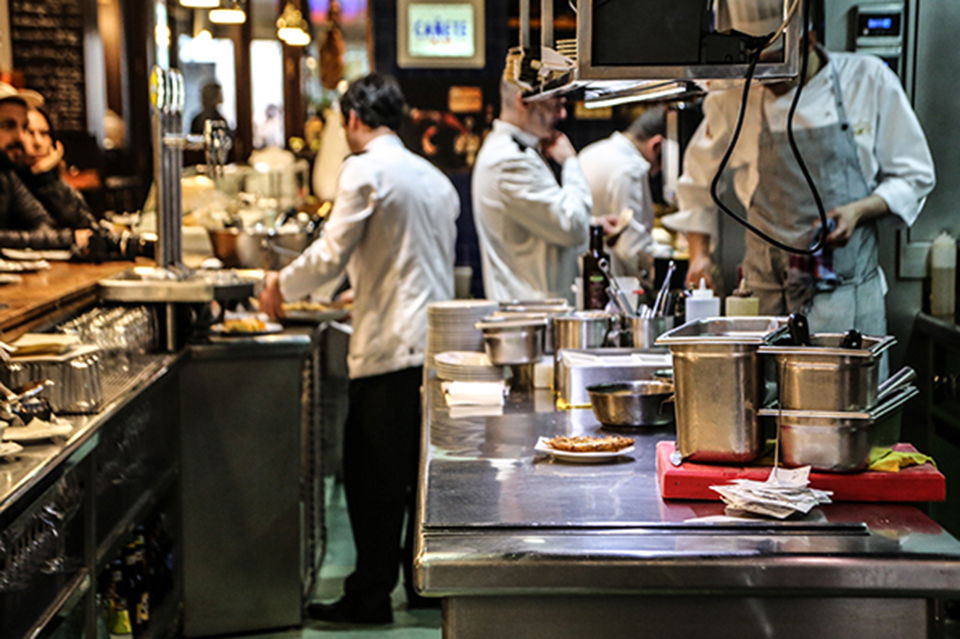 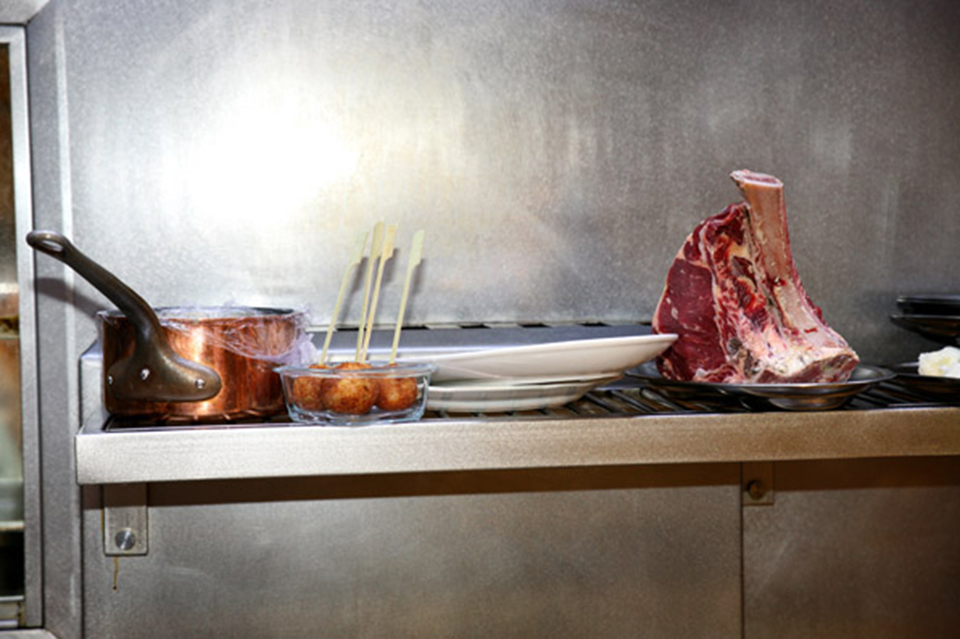 Walking into this stunning Art Nouveau bar is like stepping back into the heart of bustling fin de siècle society. Enric Rebordosa and Lito Baldovinos have a great eye for restoring often forgotten bars and turning them into hot spots. They have done a great job with this beautiful bar, which specialises in locally made Catalan liquors and an interesting cocktail list. At midday there’s a menu del dia including drinks, bread and dessert for €13,-. Night times feature traditional tapas dishes with some regional specialities difficult to find elsewhere such as Cap i Pota, a spicy chickpea tripe dish or a beautiful fish stew. Their dessert of bread with chocolate, olive oil and salt flakes is incredible. 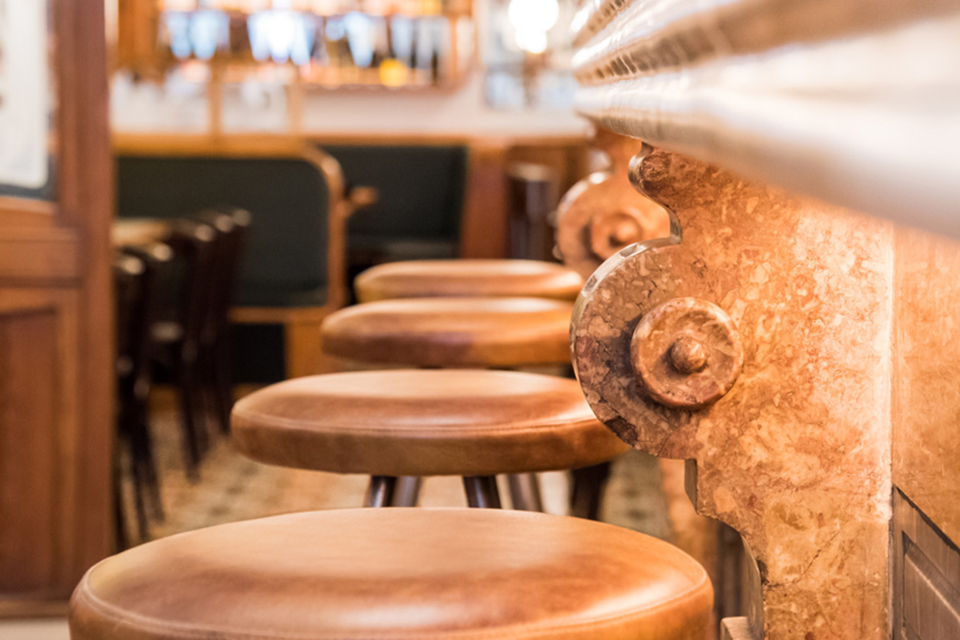 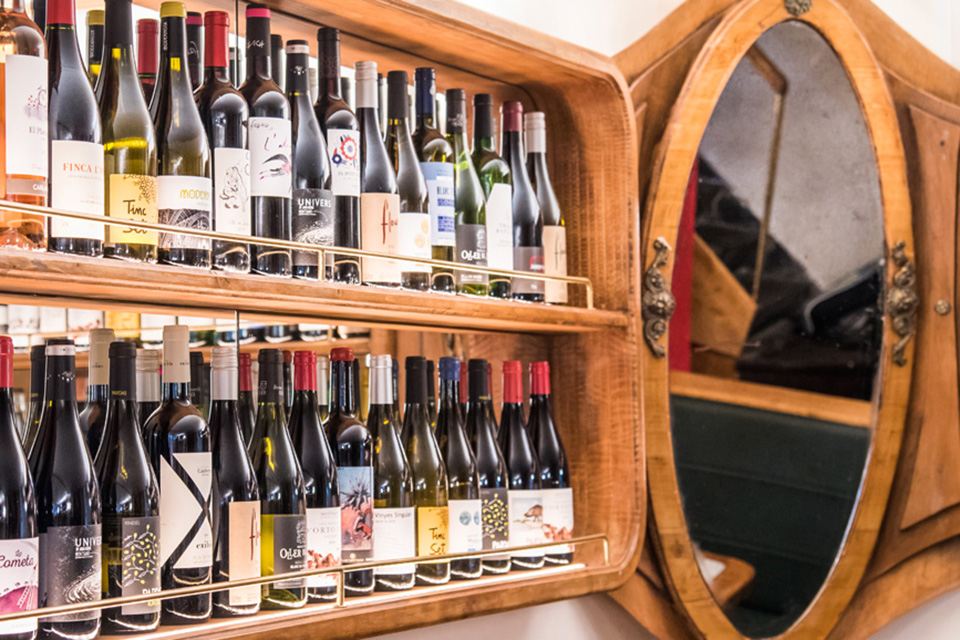 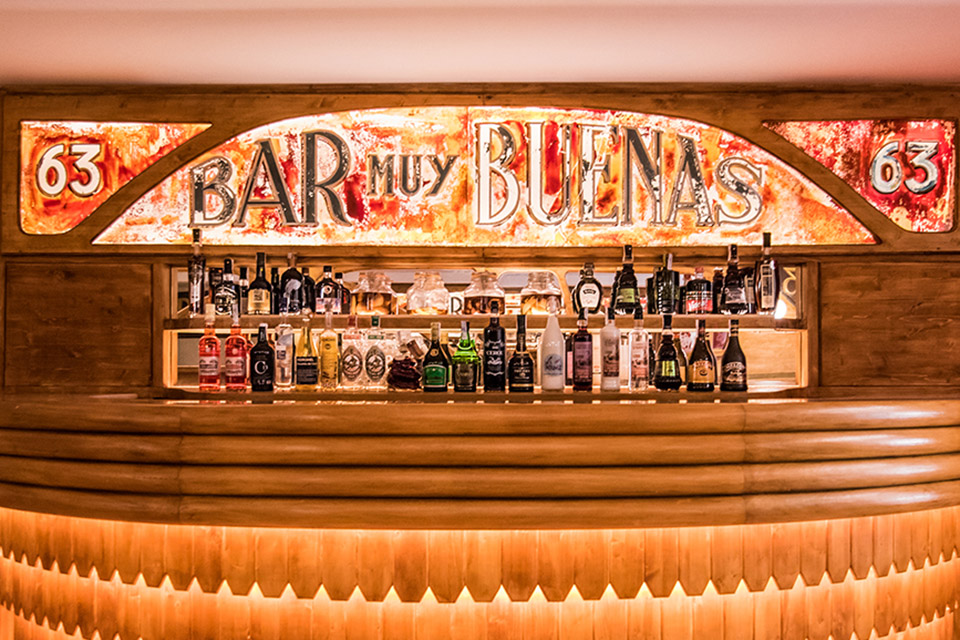 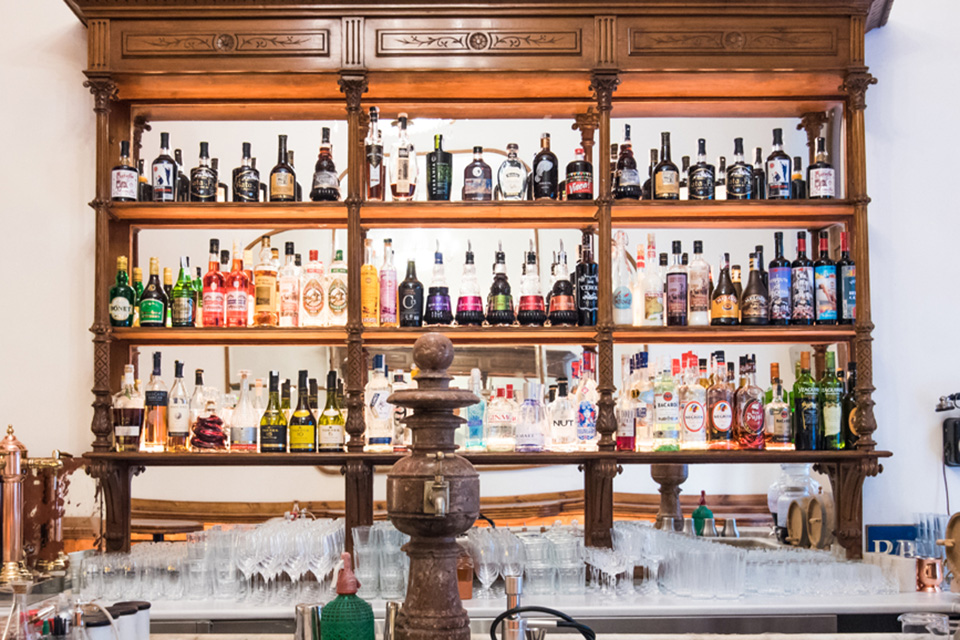 This spacious restaurant is part of Grupo Tragaluz and is well known for serving high-quality, fast tapas in a stylish interior under floating lantern lights. Shaved aubergines with honey and the Artichokes with ham are fabulous, as are the Butifarra and the Calamari fish balls. Their terrace is a popular place to eat or have a drink.

The entrance to the bar (designed by the same people that did the Camper hotel, located next door) is a curious homage to local bars from the 50’s with extensive use of formica, aluminium and leatherette stools. The real ‘bar’ restaurant in the back is like a dim sum bar where you’ll witness the chefs Raurich, Takeshi and the rest of the staff preparing your food. The evening tasting menu starts at 80 euros for around 10 dishes.

Flax & Kale provides a healthy and tasty dining option in an airy and stylish setting. Its flexitarian menu includes omega-3 rich salmon, tuna and swordfish, while wines are ecological and biodynamic. 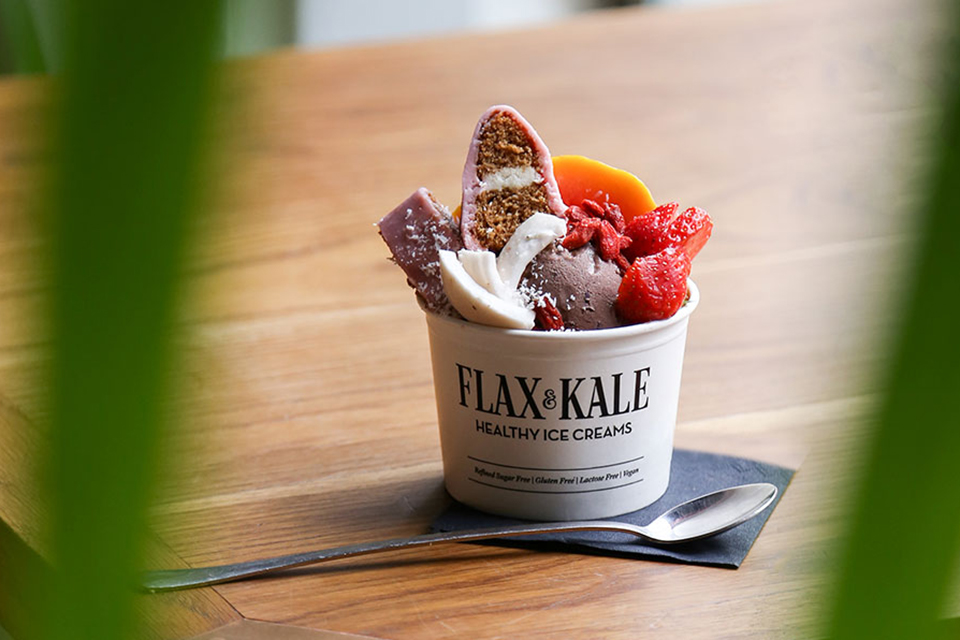 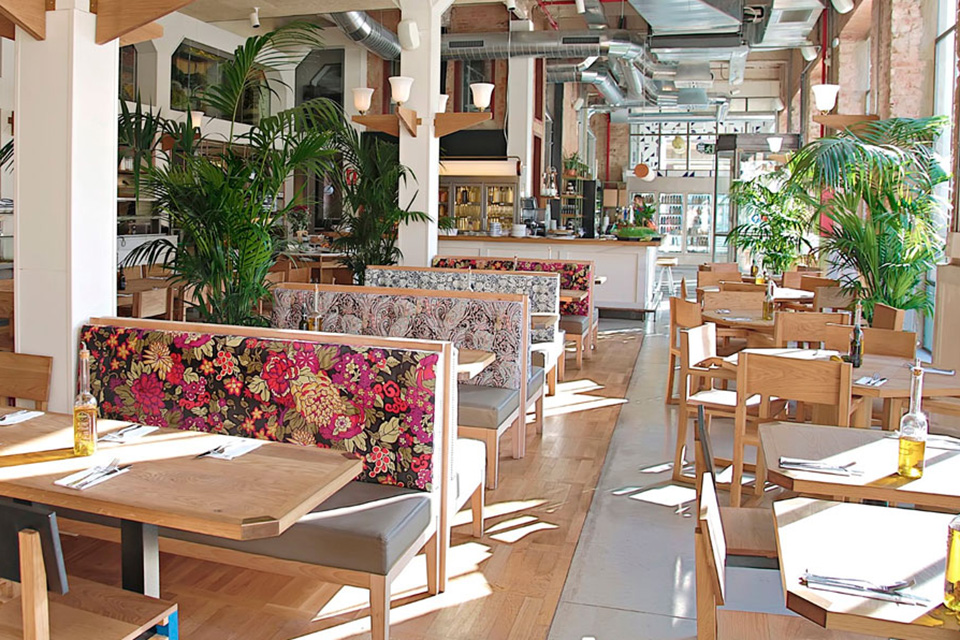 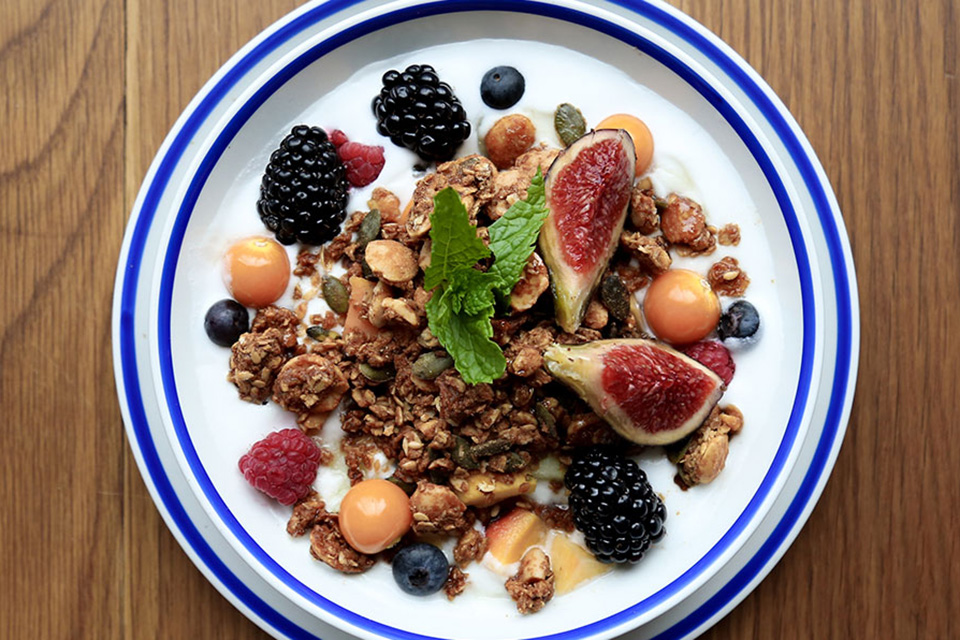 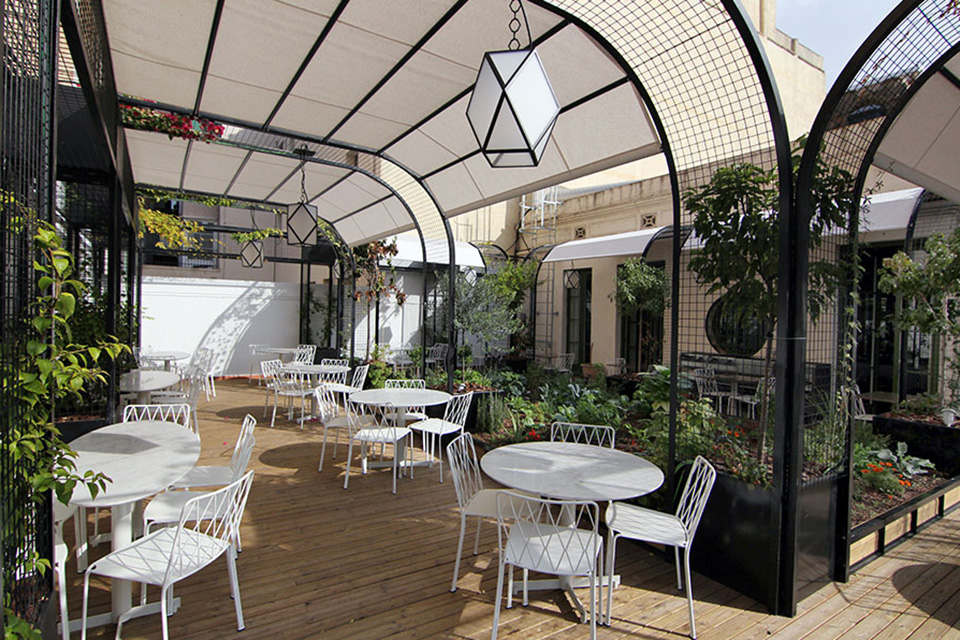 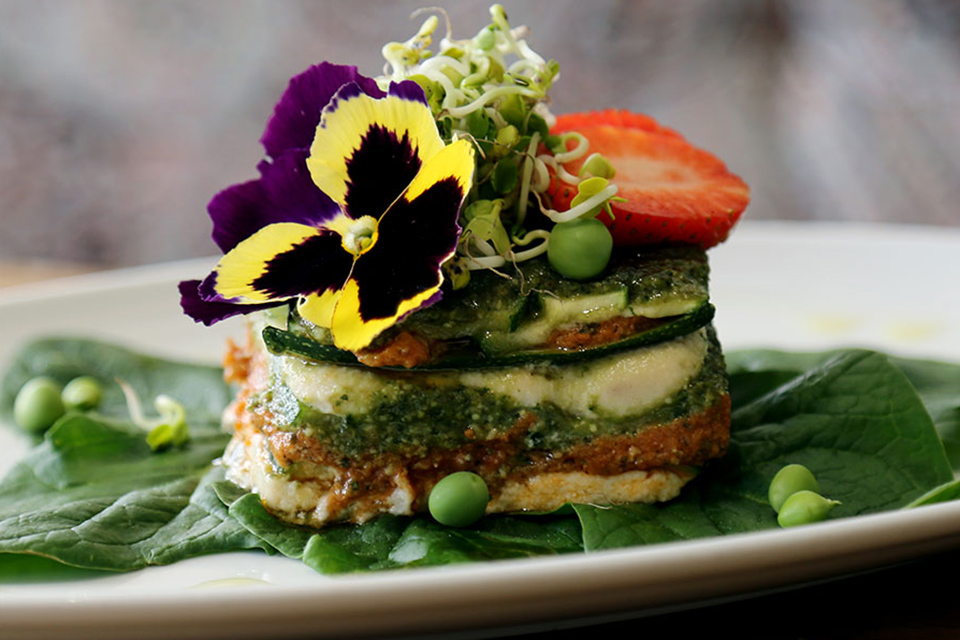 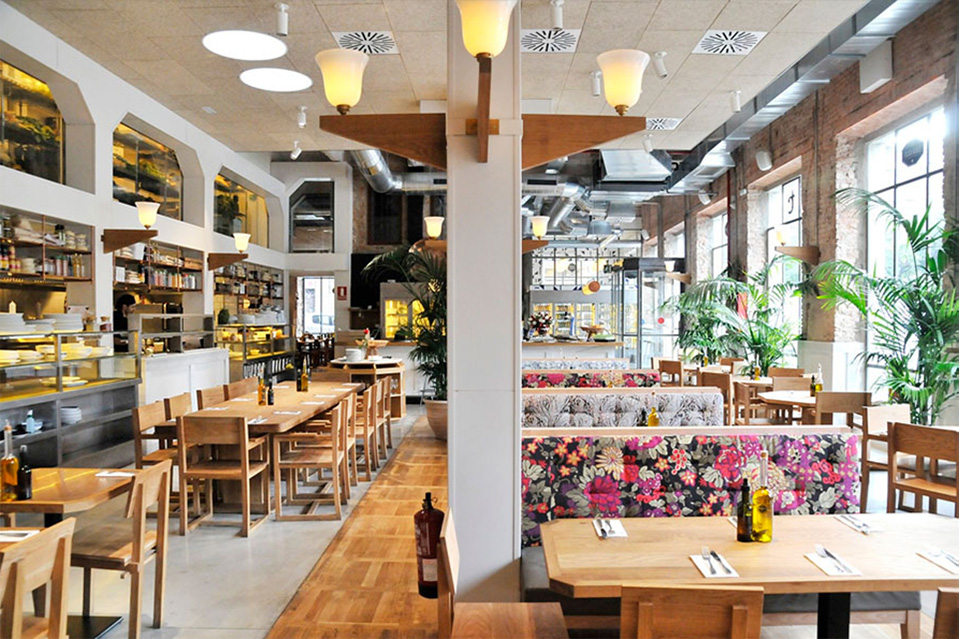 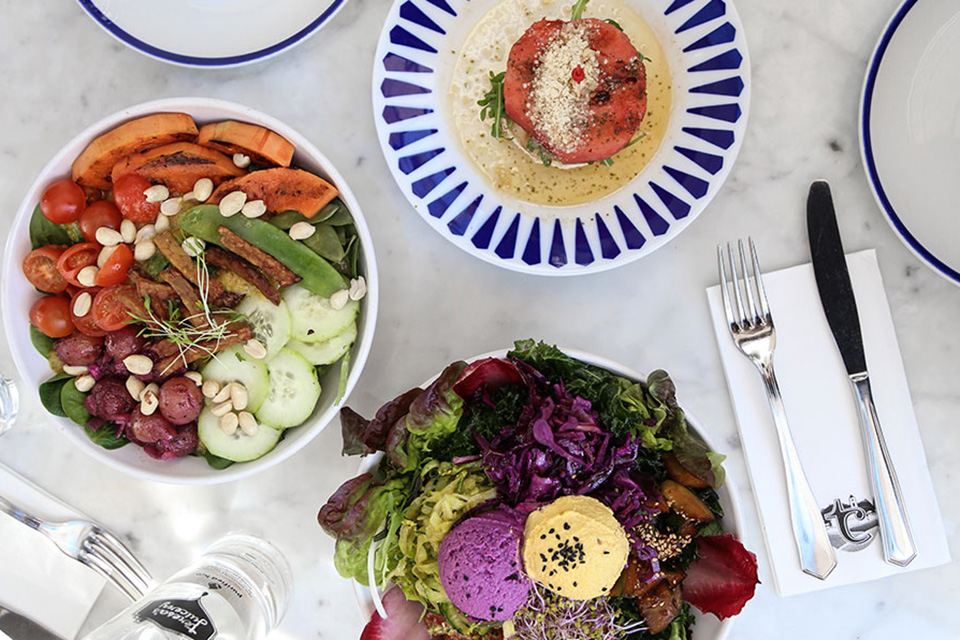 Located just behind the Boqueria Market, Llop (meaning wolf in Catalan) is a stylish restaurant featuring a cool industrial design interior. It’s a great place to come for breakfast, lunch or dinner and food ranges from healthy salads like Quinoa salad with roasted pumpkin, pomegranate, walnuts and grilled cheese, to more traditional tapas dishes like Croquetas de Jamón Ibérico (potato croquettes with Spanish ham). There is live music every Thursday from 9pm to 11pm. 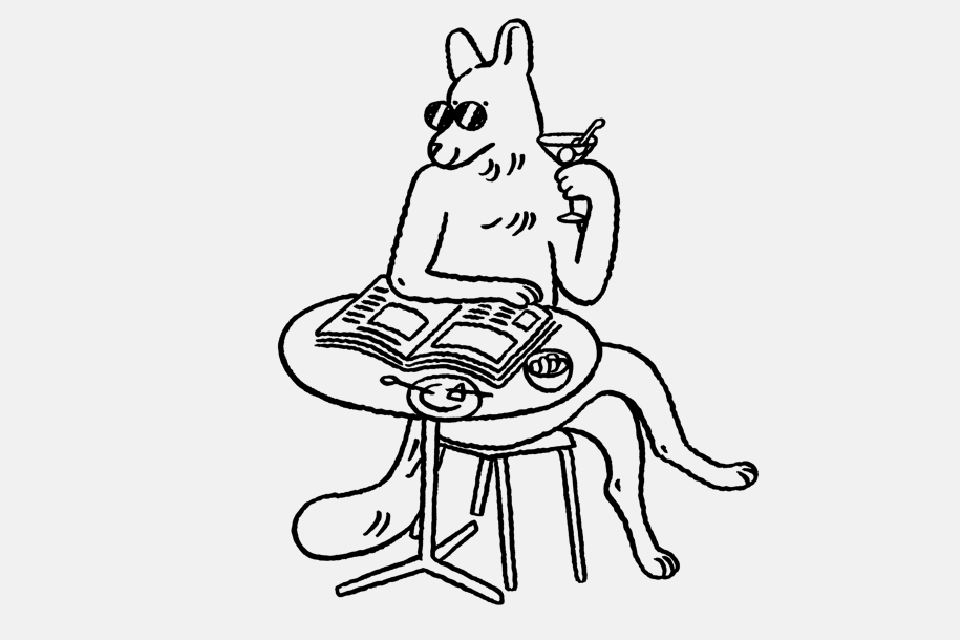 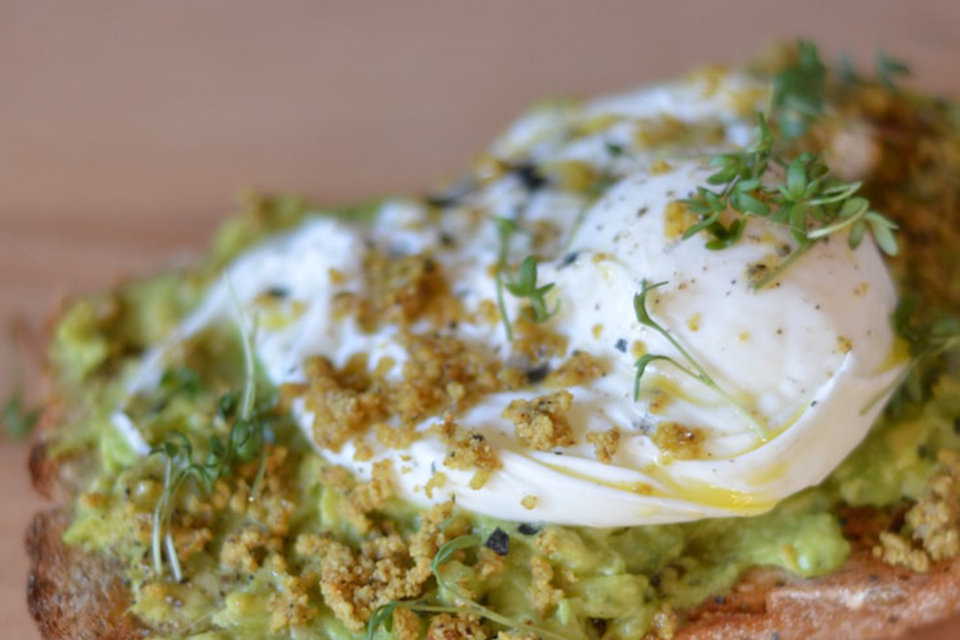 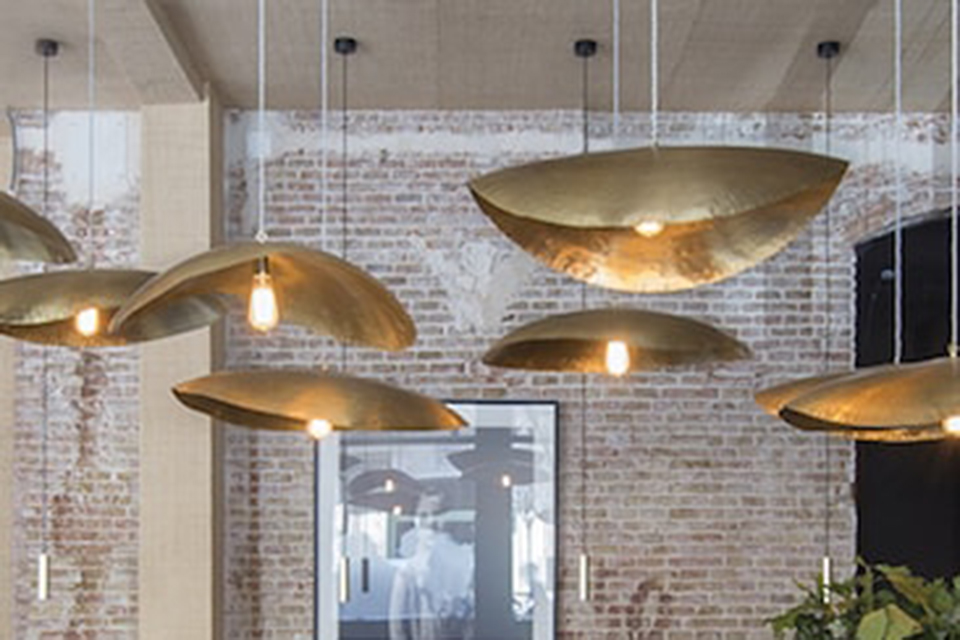 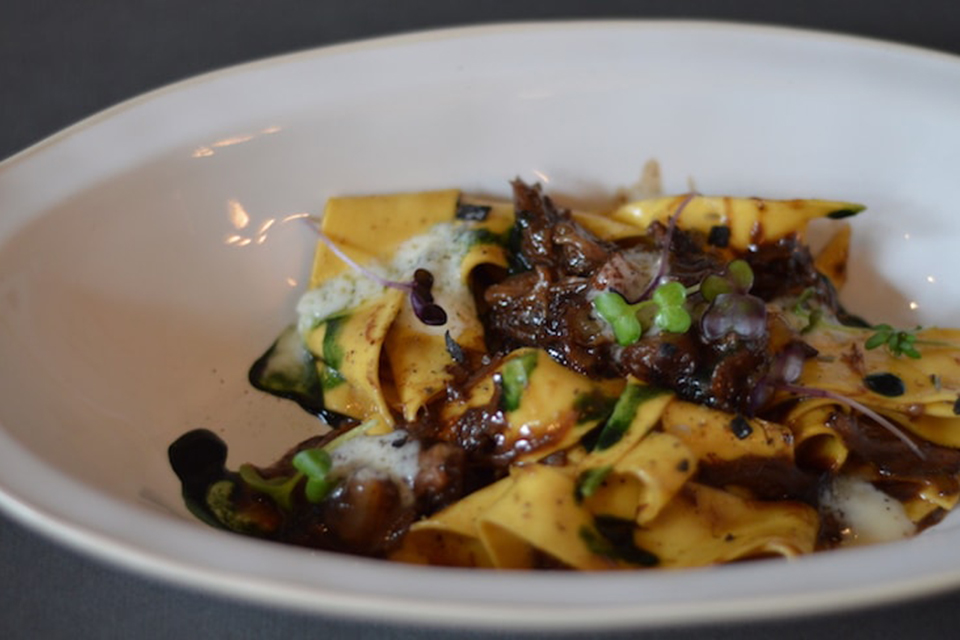 Chef Albert Raurich, creator of Asian-fusion restaurant Dos Palillos (located around the corner and owner of one Michelin star), and former chef at the mythical elBulli, opened this restaurant in autumn 2016 that fuses old Mediterranean recipes in a contemporary context.

Discover our favourite restaurants in Barcelona

Get to know Barcelona’s barrios