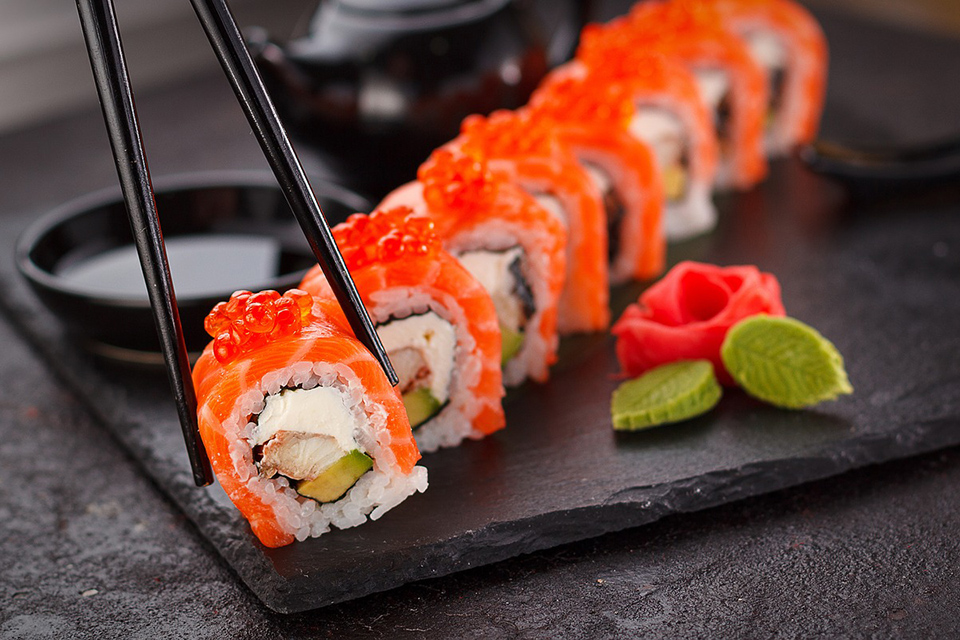 Sushi and the City – Where to eat raw fish in Barcelona

Paella is great and who can resist a succulent hunk of salt-roasted cod? But during Barcelona’s hot and humid days (and nights) sushi better suits our seafood cravings.

Sushi and Japanese food, in general, has long had a healthy presence in Barcelona’s restaurant scene. The city’s new wave of chefs are heavily influenced by Japanese techniques and ingredients, while  Japanese chefs that work here can tap into the best fish and seafood in Europe.

This doesn’t mean to say that it’s all good; in fact Barcelona may be on of the few places where banana and cream-cheese filled nori rolls and are thought acceptable. To help you sort your crabsticks from your fresh crab, here are a few of our favourite sushi spots at DestinationBCN.

Sushi on a budget

This simple, pine-lined restaurant just off Plaça Catalunya is a favourite with office workers for lunch – so arrive early for a table. You can choose from a sushi or sashimi menu de día (10 and 12 euros) that comes with a well executed, reasonably sized serving of either plus miso soup and salad. No credit cards.

In Poble Sec, The Tatami Room is another Japanese restaurant that offers a good quality lunchtime menu (11.50 euros) that includes a delicious plate of eight makis. It’s large, cool and you can spread out on reed (tatami) mats around sunken tables – making a good place to bring young children.

This restaurant has two branches in Grácia, one next to the Verdi Cinemas and another tucked away in Carrer Goya. Both are hugely popular with locals and serve freshly made sushi in pleasingly minimalist surroundings. There is a large range of makis, which you are wise to order a selection of rather than individually – which hikes the price of the bill considerably.

Tucked away near the cathedral, Shunka is credited with kick-starting Barcelona’s new wave of sushi love. When it opened, it was immediately endorsed by Ferran Adrià, and for a while, the restaurant’s luxurious curved sushi bar was the place to be seen. The hype has died down, but Shunka remains high the list of sushi aficionados. Reservations recommended – particularly for bar seating, which gives you ringside privileges to the art of sushi making.

This chic, urban restaurant near the Arc de Triomf goes way beyond the usual salmon/tuna/squid cache by offering makis using local varieties of fish. The sushiman hails from Brazil, so there is plenty of interesting fusion flavors going on as well.

Like Nakashita, Ikibana combines the new world with Japanese culinary traditions. The focus here is Nikkei cuisine – or the fusion of Peruvian and Japanese gastronomy – often washed down with a pisco sour. Ikibana is spectacular in every way, including the tropical- chic interiors by the local design studio El Equipo Creativo. It has three locations: El Born, Paral.lel Avenue and a new one in the posh residential neighbourhood of Sarriá (pictured below). 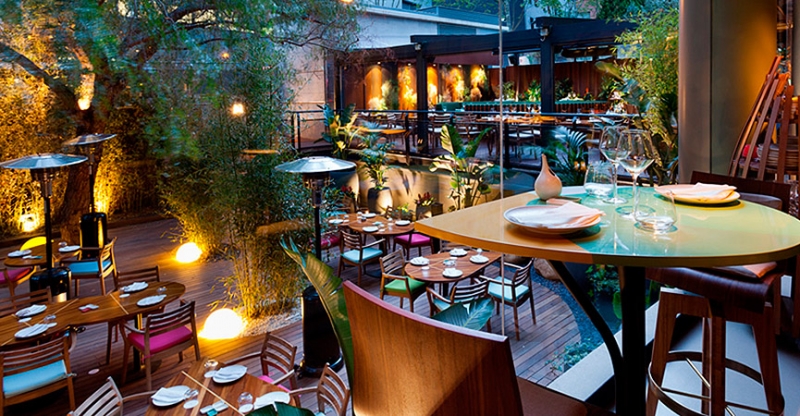