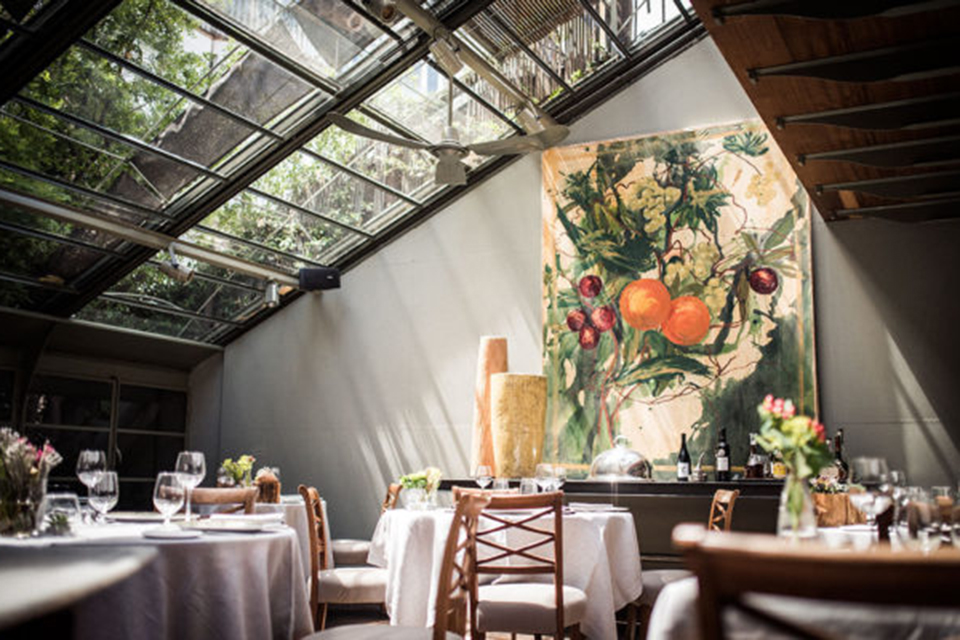 If there is one name synonymous with sophisticated dining in Barcelona it’s the Grupo Tragaluz. This prolific, family-run company has over a dozen restaurants in the city, each one with a different culinary offering, yet all sporting chic interiors and a philosophy that manages to just ‘get it right.’ Some of our favourites include:

This flagship eatery, going strong since the late 1980s, spearheaded the New Catalan Cuisine Movement, with a modern, lighter take on traditional dishes. Its name comes from a large light well that gives this elegant, two-storey space situated in a laneway off the Passeig de Gràcia a Mediterranean ambience. An elegant décor along with an oyster and sushi bar on the ground floor make Tragaluz a modern classic – and decades later a perennial favourite for a memorable meal in Barcelona.

A few steps from Tragaluz, Mordisco is a reincarnation of the company’s very first establishment – a casual café-bar where the city’s artistic community gathered during the years of the movida – the creative awakening in the early years of democracy. (The original was situated where the Hotel Omm now is – the Tragaluz Group’s only hotel.) It’s a wonderful place for a light lunch, with an array of tempting salads laid out buffet style in the winter garden. 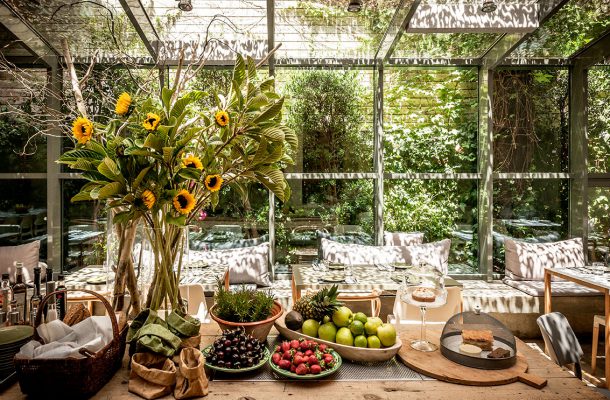 There are many places to eat paella in Barceloneta, the city’s beachfront barrio. But none as stylish as this Med-chic, indoor-outdoor restaurant at the foot of the Hotel W. Pez Vela, which means ‘flying fish’, takes inspiration from a chiringuito (beach bar) with simple pine tables and chairs and plenty of sofas to stretch out on and take in the beach vistas over a cocktail. But don’t stop there. The rice and fish dishes here are outstanding and the service friendly and lacking in the pretension of its upmarket neighbours.

Whether it’s tapas, lunch, a full dinner or an evening drink on the lively little square outside, Bar Lobo is one of the better options in the Raval district. The duplex interior dining room is decorated with funky graffiti – type artwork, reflecting the barrio’s bo-ho spirit and there are dishes on the menu to suit most budgets. Outdoor tables are the most coveted in the city, and are a good bet for a Sunday morning vermut. 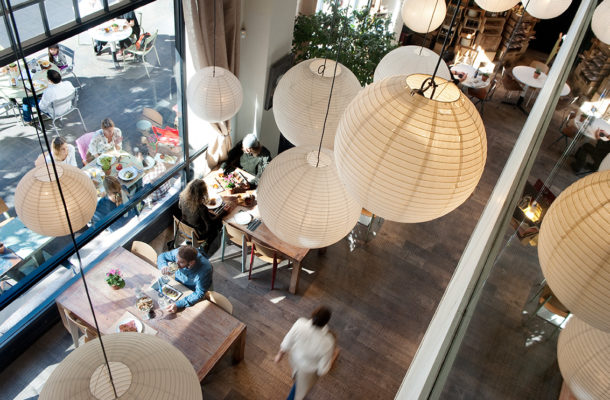