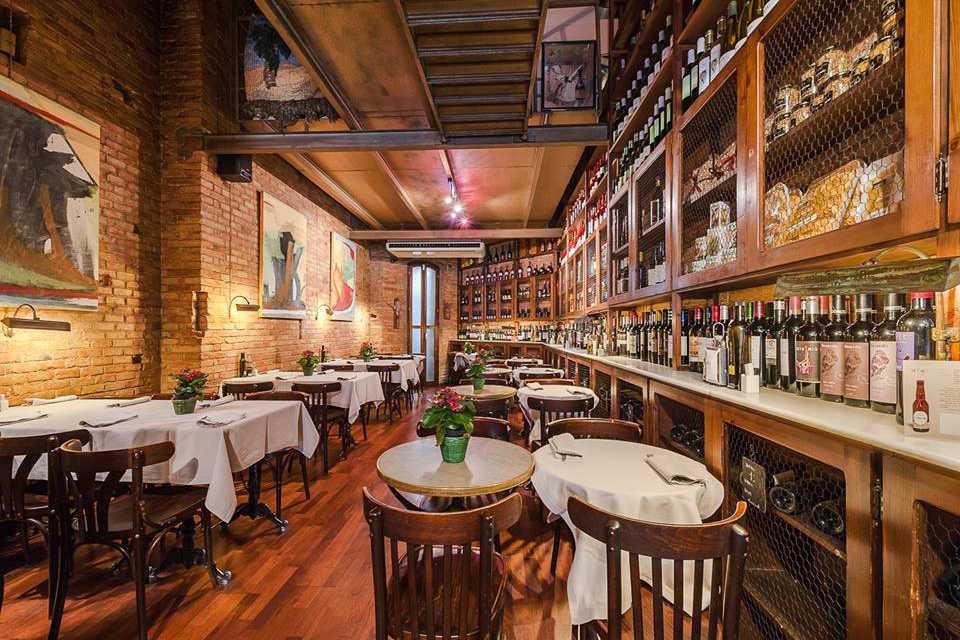 The menú del día (Menu of the day) is like the secret password to Spanish existence. Whisper ‘aai-min-oe’ to the patron and you’ll be given a knowing nod and your expensive a la carte menu quickly whipped away to be replaced by a single sheet in Spanish, probably with regional terms.

Menú del día’s are basically fixed price menus. They were introduced by Franco to ensure the workers received at least one hearty meal per day. I frequently hear best thing, Franco and menú del día spoken in the same sentence, which is why, although no longer obligatory, many restaurants still maintain the tradition. And not just the traditional restaurants – trendy bars and Michelin-starred chefs can’t resist the challenge. The rules of the menú del día are: it must be served during the midday break and it must be satisfying – in both a monetary and a belly-filling way.

For those in the know, the menú del día can revolutionise a visit – keeping costs low and instantly adjusting the recently landed to the Spanish timetable: early rise, large lunch, indulgent snooze, an evening stroll, tapas and… well, the night is yet young and Barcelona is stirring. Adhere to the menú del día rhythm and your holiday schedule is sorted. You won’t want to run behind the tourist bus in a desperate attempt to see everything Barcelona has to offer. No. The menú del día means slow, leisurely, mañana, y mañana, y mañana. (And remember, these meals were designed for the workers.)

So that your first attempt at ordering a menú is not a complete stab in the dark, they traditionally consist of:

Primer Plato – Somewhere between a starter and an accompaniment to the main dish, the options often include cold and hot soups, salads and vegetable dishes.

Postre o Café – Either dessert or coffee… Unless you’ve opted for a fancy restaurant, the desserts are unlikely to be award-winning. But if you still have some room, they’re worth sampling. Classic desserts are flan (think custard with caramel sauce and consider it a bonus if it says: flan casero (i.e. home made), crema catalana (think custard with burnt sugar topping, aka crème brûlée), mel i mató (staple Catalan dessert consisting of a fresh curd cheese (mató) with a generous helping of honey (mel) poured on top)  and, of course, helado (ice cream).

A menu usually includes bread and a drink, typically wine or water. A recent survey across Spain found that the average price of a menú del día was € 9,50. Not bad considering the need for dinner is reduced to a few light bites and a glass of wine, finished off with a carajillo (coffee with liquor.) A word of warning: there may be hidden costs, such as service tax, other drinks, and a surcharge for sitting on the terrace. Check for the terms incluido/no incluido.

Our recommendations for great local places where you can find  hearty Menú del Día include:

This family-run restaurant is all about charm and dedication. Not that they are the only ones running the place but it is clear who’s in charge: Mom in the kitchen and son & dad operating the floor. Offering a surprisingly different take on the menú del día, (Get there before 14:00 if you want to be sure of a table) consisting of 3 primeros, 3 segundos and various postres. All small and creative, taste exploring offerings.

Traditional Catalan restaurant that only serves a menú del día. Located in the centre, close to the shops, yet tucked away down a small side street, Mercè Vins changes its menu daily. Merce Vins also opens for a classic breakfast of pa amb tomàquet (bread with tomato) with jamón ibérico.

A real favourite! Always crowded serving simple market cuisine; fresh seafood (expect at least 6 different options to choose from), suquet (Catalan fish stew), and some difficult to decipher treats that you should definitely try: butifarra blanca amb galets, patates, orella de porc, escalibada, esqueixada, etc. The place to be is at the bar where you see Joan reciting the day’s menu while pulling drawers with fresh fish, veggies and other produce he throws on the grill. The paella is prepared to be served from the pot. Service is swift, professional and attentive and guests coming in are greeted by name.

This tiny French Bistro located on the small Plaça de Sant Galdric next to the Boqueria market is connected to an exceptional butcher. Expect very good flank steak and ‘hamburguesas’, rilettes and lots of cheese. It’s all about French pride here, adapted to the mediodía format. Sure, we’re in Catalunya, but stop by anyway if it’s good food you’re after.

This neighbourhood dive in La Barceloneta connects Carrer Baluart with Carrer Monjo. Kids run through the restaurant and exit the other street. The restaurant’s name is so hidden it’s better to look for the line at lunchtime as a giveaway to the restaurant’s entrance. Don’t expect anything fancy here, keep it simple when ordering and aside from Mondays do expect fresh fish a la plancha (most interestingly their ‘Verat’ or sardines sprinkled with a little parsley/garlic oil…). The atmosphere is very ‘Barceloneta’ in this cheap, no frills, family run restaurant.